Will Cape Town die of thirst?

Will Bangalore suffocate
in the smoke of its burning lakes?

When will the Arctic ice melt?

Where will we bury the last rhino? 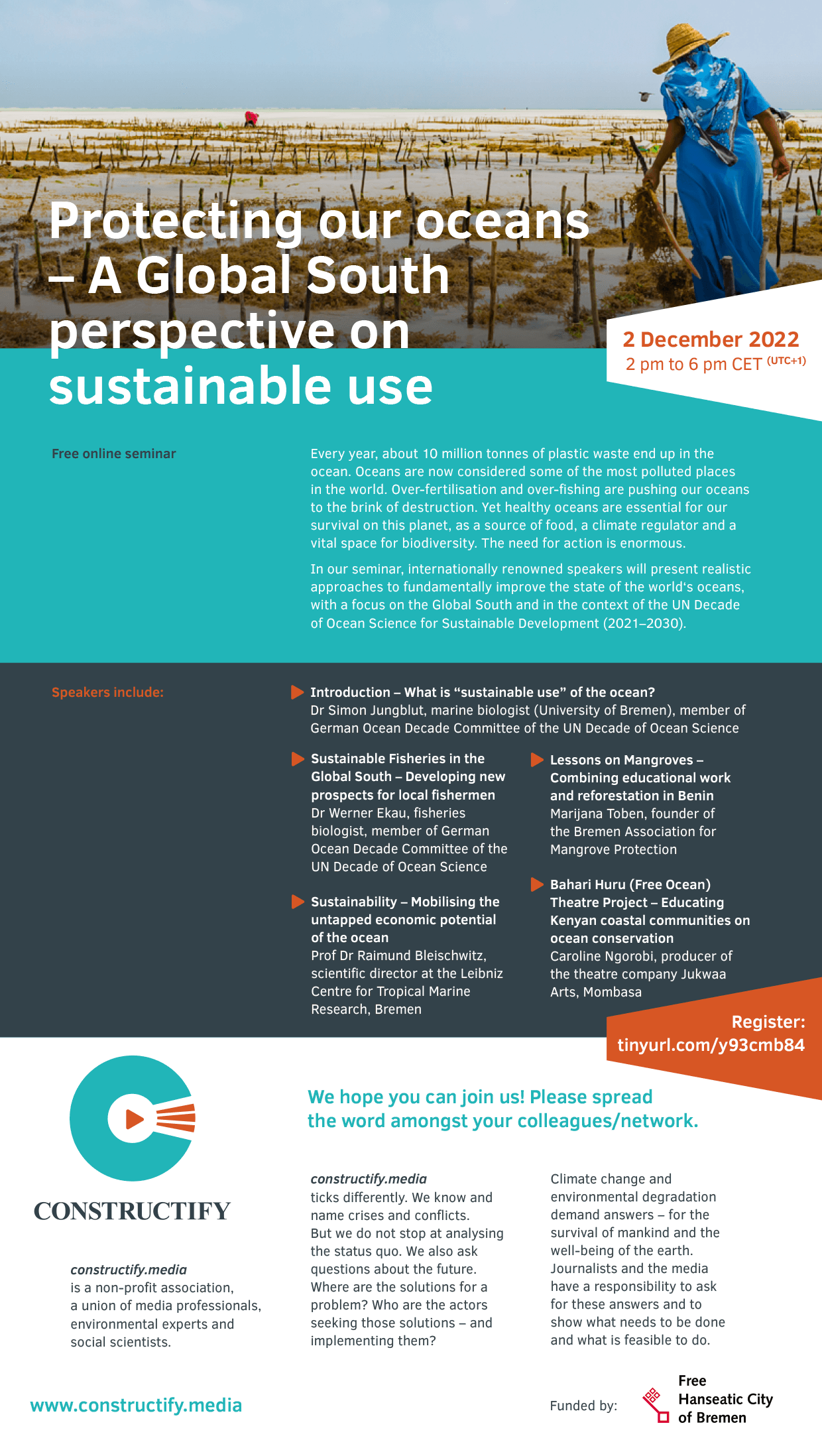 “Bad news is good news” – an outdated principle that is still used far too often and only serves to spread frustration and feed cynicism. Horror scenarios and alarmist crisis reporting dominate most coverage of climate change and environmental issues.

Climate change and environmental degradation demand answers – for the survival of mankind and the well-being of the earth. Journalists and the media have a responsibility to ask for these answers, and to show what needs to be done and is feasible to do.

constructify.media​ takes these responsibilities and rights as the foundation of our commitment and the animating force of our work.

Solutions are a vital part of the story

What do we know about…Where do we meet…

constructify.media​ is a non-profit association, a union of media professionals, environmental experts and social scientists.

In our engagement we follow the concept of ​constructive journalism.​ Developed in Denmark and the USA, constructive journalism has given new inspiration to many media professionals as a way to overcome negativism. We do not want to present the world through rose-tinted glasses. But we do want to think about and report on what a world can look like in which people want to live – and can live. 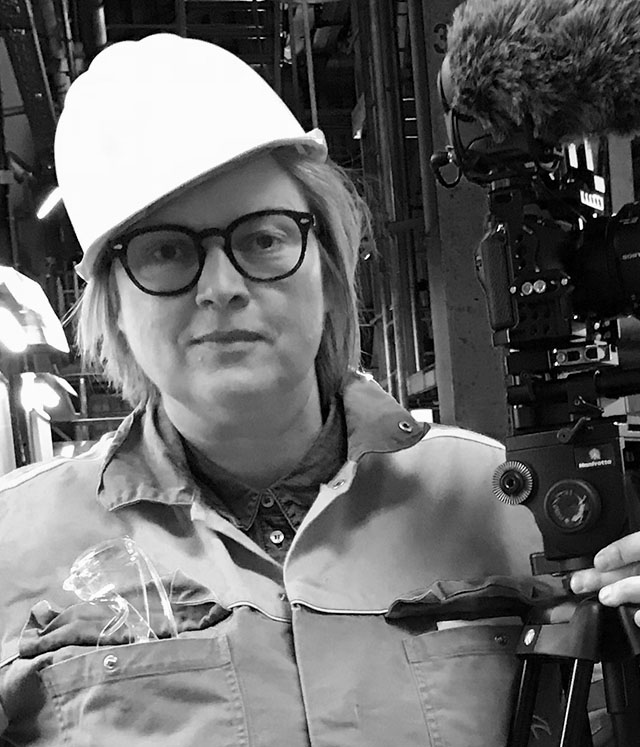 Susanne has been working as a television journalist for almost 30 years. After getting her start through a traineeship at Radio Bremen, she now does TV documentaries for ARD, NDR and ARTE. Her interest in constructive journalism began even before she knew the term existed, following her belief that it is essential to introduce people who offer solutions to the pressing problems of our time. Her past work includes several documentaries on peat ecosystems in northern Germany – once largely covered by moors that today are almost completely drained and destroyed – and the ambitious researchers and daring entrepreneurs who are looking for ways to reestablish and cultivate moorland using new techniques. Presenting these pioneers is constructive journalism, but should actually be a matter of course for journalists.

“I hope that coverage of people seeking solutions to environmental problems motivates others to do the same – to not lose courage and to know that we are not alone.”

Simon is a marine biologist with a background in zoology, ecology and physiology. He did his doctorate at the University of Bremen on invasive crab species in the southern North Sea, and completed an international master’s program in Marine Biodiversity and Conservation at the Universities of Bremen, Oviedo (Spain) and Ghent (Belgium). Simon has worked on the feeding ecology of periwinkles, the distribution of seabirds and marine mammals on the high seas, and medical treatment methods after jellyfish contact; he has published two books with review articles by young marine scientists. Since November 2020, Simon has been the coordinator of the EU project FACE-IT at the University of Bremen and is involved in the organisation of the 14th International Coral Reef Symposium (ICRS), which will take place in Bremen in July 2021. Simon is also involved in the Bremen Society for Natural Sciences (NWV) as one of the main organisers of the marine early career researchers conference ICYMARE. He is working on the publication of further books and plans to organise future events to transfer science to the Bremen public and promote scientific networking. 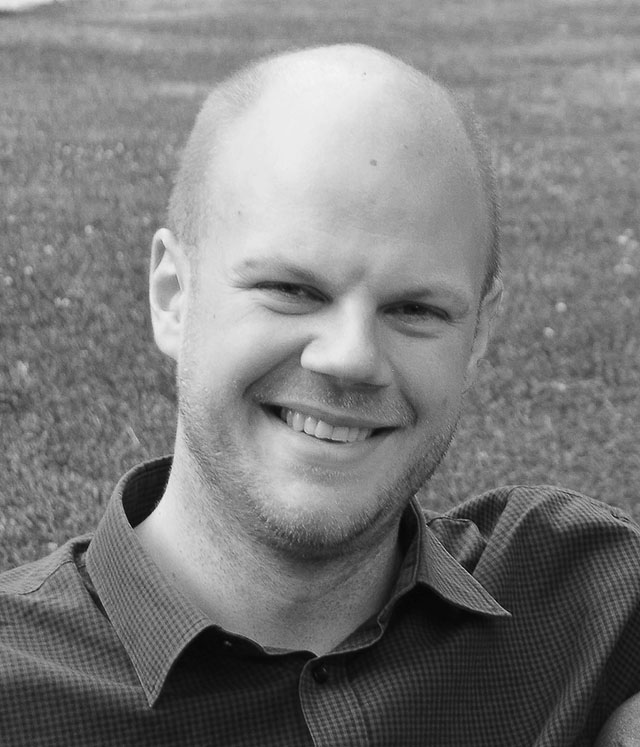 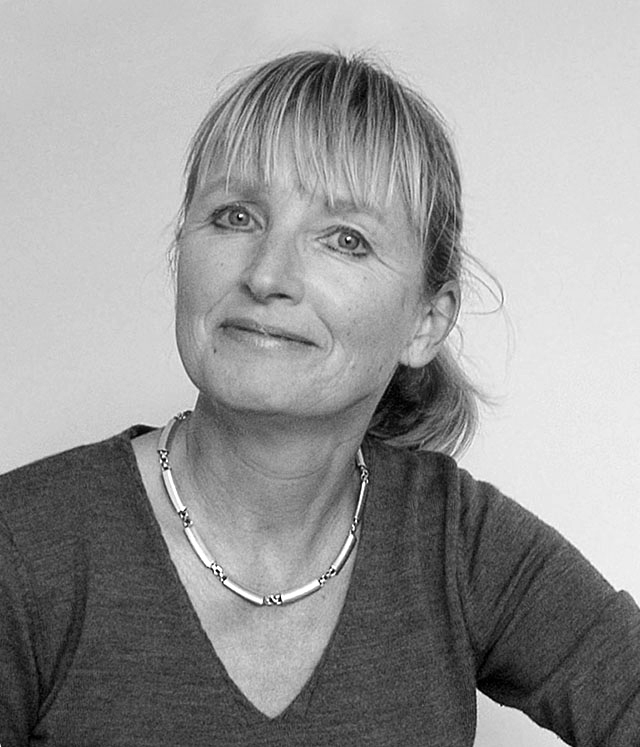 Beatrix has a doctorate in National Economics, which she gained at the Freie Universität Berlin in 1984. She has been an environmental activist for more than 30 years. After training as a journalist at a regional daily newspaper, she studied economics, political science and sociology in Berlin, primarily at the Technische Universität, and worked as a researcher and lecturer at FU Berlin. In 1987/88 she was economic speaker for the Green Women’s Parliamentary Group in the Hamburg parliament, and then spent 20 years at the Bremen Chamber of Employees as a consultant for economic policy, urban development and environment. Since 1995, she has been a member (and chair) of the executive committee of BUND (Friends of the Earth) Bremen. From 1996 to 2008 she was a member of Radio Bremen’s broadcasting commission. In 2008 she began working as an author and filmmaker with Richard Grassick, most recently on Pedelec to Paradise. In 2013 she co-founded Moving Films and in 2016 Bremenize, a blog about cycling and liveable cities. A blog about cycling in Provence, France is planned for 2022.

Richard is a Scottish film-maker/photographer. For forty years he was based in the north-east of England, where he co-founded a number of community media and cycling advocacy projects. In 1983 he joined Newcastle-based film and documentary photography collective Amber Films where he worked until 2007. His roles included sound recordist, documentary photographer, gallerist, and producer of feature films and current affairs programmes. In 2009 he co-produced the celebrated cycling advocacy documentary Beauty and the Bike, and in 2013 the documentary set in Rostock, Germany, From Us To Me. He now creates content for the German blog Bremenize and the French blog Eurovelo8 in Provence. A key strand of his work today is identifying transport solutions that can resolve the sector’s stubbornly high contribution to greenhouse gas emissions.

“I see constructify.media and solutions-based journalism as a natural extension of my work. My hope is that constructify.media will be a valuable shared project for identifying and disseminating solutions that address all aspects of the climate crisis.” 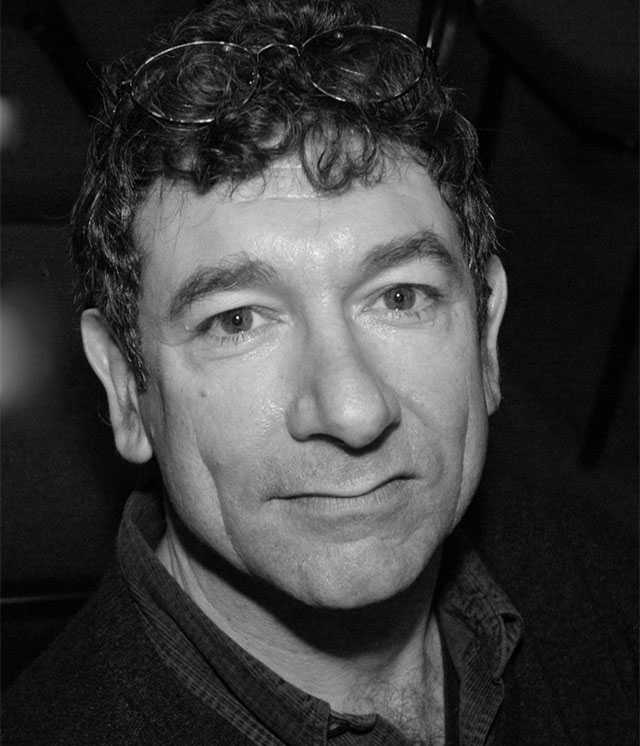 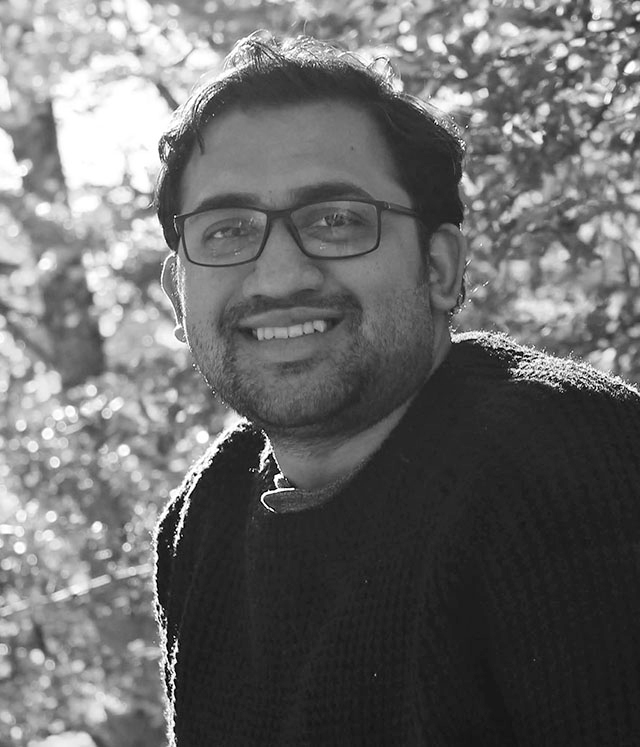 Ajith is a development professional with a history of working in the water, sanitation and hygiene (WASH) sector helping to build non-sewered sanitation solutions. Over the years he has fulfilled capacity building, knowledge management, project management and proposal development roles. He is currently a project manager at UrbanWaters Consulting, with previous posts at water and sanitation-focussed NGOs in India and in Bremen, Germany. He has a master’s degree in Technology and Development (IIT Bombay). With work experiences in varying technical contexts, he is excited about the opportunity to extend his expertise into the communication and promotion of workable solutions.

Carol has nearly 20 years of experience in adult education/training and curriculum development, with a focus on language and communication. She has worked in New York City, Bangalore and Bremen in both business and academic settings with learners ranging from low-income socially marginalised groups to city administrators to research scientists, software developers and corporate professionals. She has also been a website developer and team lead responsible for building capacity, mentoring and developing new talent. After completing her master’s degree in European Studies at Hochschule Bremen in 2016, she began working as a communications consultant for organisations in Bremen, including four years with the non-profit BORDA on numerous regional and international PR projects promoting decentralised water and sanitation solutions.

“I believe we need an expanded concept of what a ‘water’ , ‘climate’ or ‘environment’ story is – one that brings together the voices and ideas of people in affected communities with those of experts and practitioners. Constructive journalism offers a way to do that.” 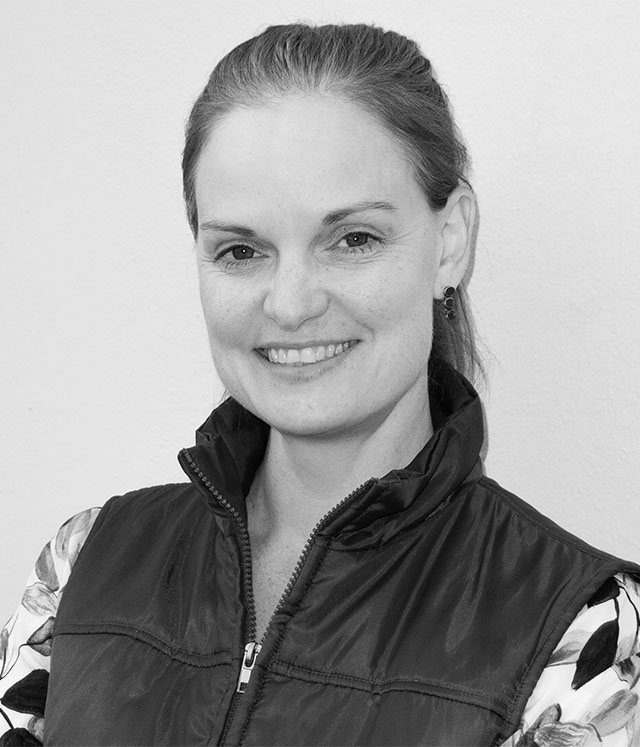 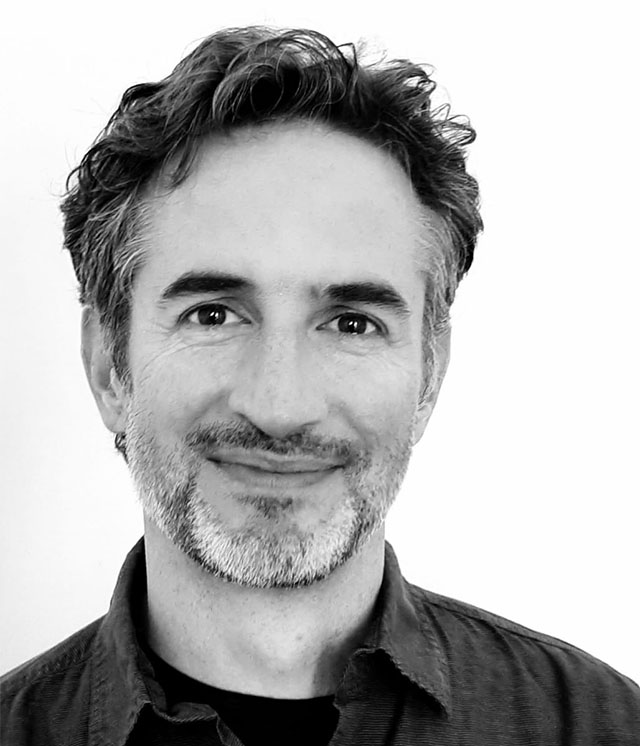 Adrian has been an International urban and environmental planning practitioner since 1999, primarily as an advisor and also in project management, capacity building/training, humanitarian work with refugees, volunteering and research. His work and interests focus on improving living conditions and resilience in disadvantaged urban environments of low- and middle-income countries. His experience includes Local Urban Planning and Development Advisor with GIZ´s Malawi Programme for Democratic Decentralisation; numerous assignments for BORDA’s Africa, SE Asia and Latin America regions in integrated urban planning and community development; neighbourhood management in Germany; refugee camp coordination; slum upgrading research and tool development at UN HABITAT, Kenya, and infrastructure planning in Australia. He holds a master’s degree in International Urban and Environmental Management for International Development Co-operation from the Royal Melbourne Institute of Technology (RMIT), and is a member of TRIALOG and NAERUS.

“Increased awareness and appreciation of what has worked (even a little) and is valued by people tackling different problems can provide strong, long-reaching motivation and support in finding sustainable solutions – and at potentially greater scales.”

Alasdair has more than 20 years experience as a freelance photographer and videographer. His clients range from press agencies and print magazines to universities, research institutes, technology based companies and NGOs. When he’s not running around with a camera in hand or piecing together raw material into a final film in the editing room, he enjoys passing on to others the knowledge and experience he has gained. He has taught at several German tertiary and adult education institutions, as well as conducted workshops in many developing countries around the world.

“I believe there is a way to navigate a constructive path between climate denial and climate anxiety, a way that critically examines the problems we face but also gives us hope and optimism for the future. “ 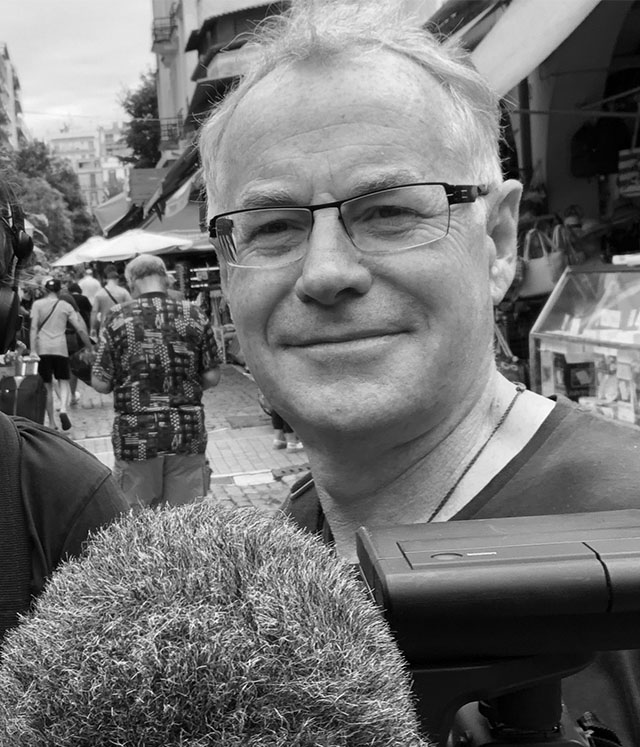 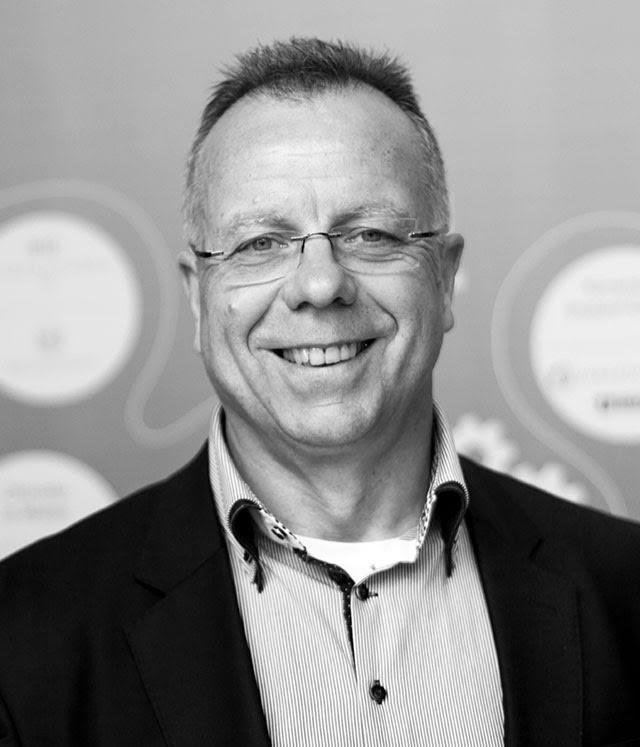 Christoph has a 30-year history as a journalist and media expert with a strong focus on media training. After graduation from the University of Bremen in German literature and history, he published the book The Laws of Apartheid in 1986. He worked as an editor, reporter and presenter at Radio Bremen for more than ten years. In 1999, he founded his own TV production house Südost-Medienagentur with branches in Bremen, Belgrade, Chisinau and Sofia. Südost-Medienagentur conducted TV trainings for young journalists from South-Eastern Europe, and produced films for German TV (3sat/ZDF, Deutsche Welle) as well as a business magazine with a four-year run on Serbian state TV RTS. From 2009 to 2011 he was editor-in-chief of center.tv Bremen. He is the founder of a Bremen-based PR agency and was head of PR for five years at BORDA, an NGO implementing water and sanitation projects around the world. During that time, he was responsible for the communication of the EU Horizon 2020 project INNOQUA, and held media workshops on water reporting in Jordan, Kurdistan/Northern-Iraq and Uzbekistan. Since 2012 he has been a lecturer in the media department of the University of Bremen.

“Hans Rosling’s book Factfulness and the 2019 Global Constructive Journalism Conference in Geneva gave me new inspiration and convinced me that it is time to move forward with constructive journalism in the area of climate, water, and environment.”

Benedikt is a student at the University of Bremen, currently writing his thesis in Communication and Media Sciences in combination with politics, with a focus on constructive journalism. In addition to his studies, he supervises social media accounts for events in Bremen and creates social media content for the Bremen-based NGO BORDA, which develops decentralised water and sanitation solutions around the globe. Working in the water and climate sector – an area with huge potential for constructive approaches – has only strengthened his commitment to sharing and promoting constructive journalism.

“I do believe that we need to find common solutions for the climate crisis, instead of working on the individual level. My goal is to help find and create awareness for these solutions.” 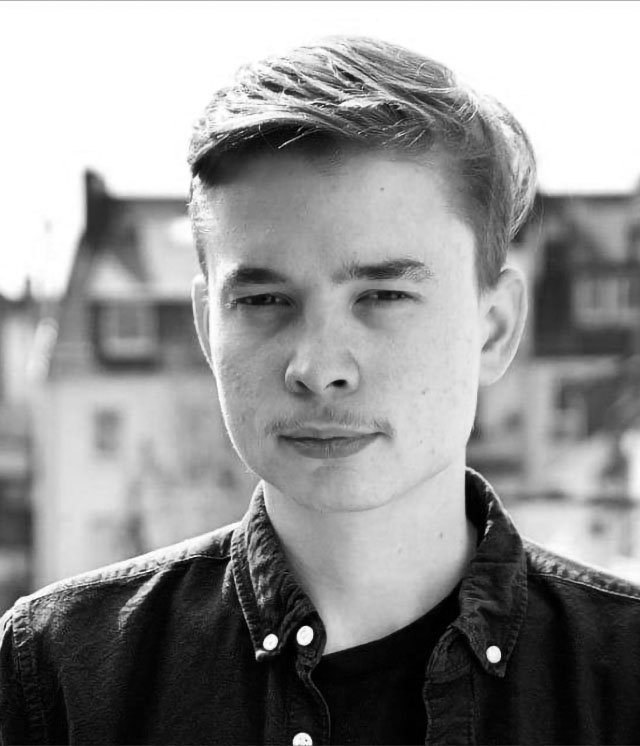 Green Finance – A key to climate action in the Global South?
Available for download: The reader from our Dec 2021 online seminar with background, speaker presentations & useful links
> Download PDF (2MB)

Green Finance – A key to climate action in the Global South?
Available for download: The reader from our Dec 2021 online seminar with background, speaker presentations & useful links
> Download PDF (2MB) 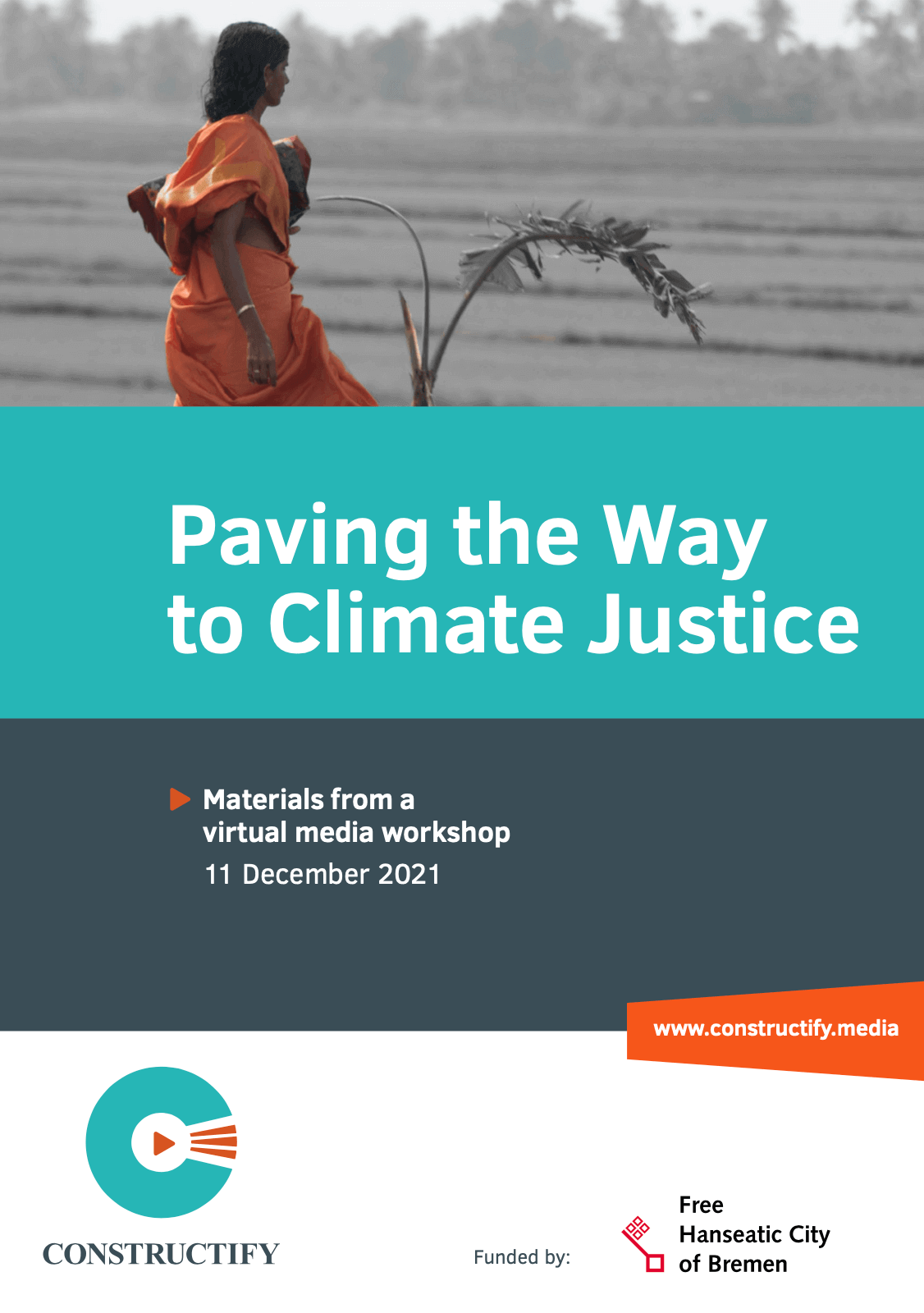